My dad died 20 years ago – August 29, 1997. I am posting this blog on the 20th anniversary of his death. The call you know you will get one day but you never want to receive came at 5:00 a.m. I made an immediate trip to Canton. Anything I write here will not do justice to the extraordinary life of Richard L. Barnes.

My dad died the same weekend in 1997 as Princess Diana of Great Britain and Mother Teresa of Calcutta, the self-described “little pencil in the hand of God.” They were recipients of all the press coverage. The loss of my dad was more up close and personal than the loss of the Princess or the nun who cared for the poorest of the poor.

There was a simplicity to my dad’s life. My dad spent his life married to one woman. He spent his career as an educator working for one school system, the Canton City Schools. He invested his life in one church, the First Christian Church in Canton, Ohio, where he taught one Sunday School Class weekly.

That may sound like his focus was limited, but he also was involved in a ton of things. His resume’ was pretty thick, but I know for sure that one of the accomplishments he was proudest of was his service on the Board of Trustees of the Cincinnati Christian University. When I walk into the Canton Christian Home to visit my mom as I hope to do later this week, dad’s name is etched, along with the other Trustees of the Canton Christian Home, on the cornerstone of the building. He was a leader in the church and community. Some of you reading this blog stood in the line that extended out the door of the funeral home and literally around the block at his calling hours.

My brother, sister, and I learned a lot of our values from our dad. Therefore, we do not lie, cheat, or fudge on the rules. When we mess up, we fess up. We never give less than our 100% best to our employer. We treat all people with dignity, respect, and fairness. Our dad was greatly loved in the African-American community of Canton because he happily spent the bulk of his career in predominately black schools in what they called “underprivileged” neighborhoods – and for that reason we do not even notice a person’s skin color. He treated the custodians in his school building with the same dignity and respect he treated the teachers, and we learned to do the same. He taught us and showed us that people are people, always to be loved and valued.

Anyone who tells you to honor your dad because you only get one dad is spot on. I miss him daily. I personally keep his memory alive by passing along the wisdom I learned from him in counseling sessions nearly every day. My heart is warmed by my memories of my dad, all of them good. 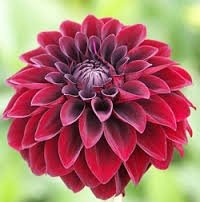