The Ultimate Truth About Elections 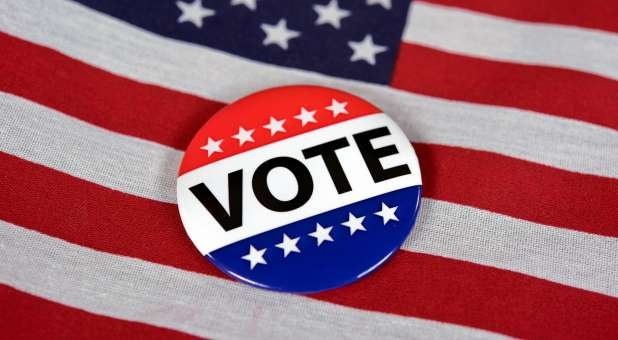 The election is over. The radio, TV, and internet is no longer inundated with political advertisements. Frankly, that is a relief. In the aftermath, some people are delighted, and some are disappointed with the results. As followers of Christ, we must be anchored in the ultimate truth that no matter what a count of ballots may determine, our Holy God is in charge. That does not fluctuate with politics.

It was refreshing to read J. Lee Grady’s assessment, and I thought you would find it meaningful as well as we move forward:

Jesus Christ is on the throne, no matter who gets elected.

I have been meditating on verses about God’s throne during the 2018 midterms. It gives me great peace to know that God’s authority transcends all human authority—even when wicked men are in power.

Psalm 45:6a says, “Your throne, O God, is forever and ever.” Psalm 47:8 says, “God reigns over the nations; God sits on His holy throne.” Psalm 103:19 says, “The Lord has established His throne in the heavens, and His kingdom rules over all.” Many of the psalms focus on the reality of God’s throne in heaven.

Lamentations 5:19 says, “You, O Lord, remain forever; your throne endures from generation to generation.” And Hebrews 8:1 says that Jesus Christ “is seated at the right hand of the throne of the Majesty in the heavens.” Not only is God on the throne, but He has also shared all His authority with His Son. And His throne is immovable. God’s rule is ultimate and undeniable.

I discovered that the word “throne” appears 44 times in the book of Revelation, more times than in any other book of the Bible. That’s significant, because Revelation reminds us not only who is working behind the curtain of human history, but how His authority will be revealed to all people when this world comes to an end.

No matter whom we elect, God is ultimately in charge. No matter how much we argue about moral values, poverty, social justice, global warming, race, sexuality, economics, taxation, health care or immigration policy, a day will come when all human opinions will yield to the authority of the one true God. All senators, governors, presidents, prime ministers and kings will bow to Him. All mouths will be shut.

Let’s remember that the earliest Christians never had the freedom to vote, and many of them were thrown into Rome’s coliseums to die. Yet they declared to their culture: “We have no king but Jesus.”

We should never put our ultimate trust in a politician or a political party. In the end, the King of kings will have the last word.