The Bring Your Bible to School Day Faux Controversy 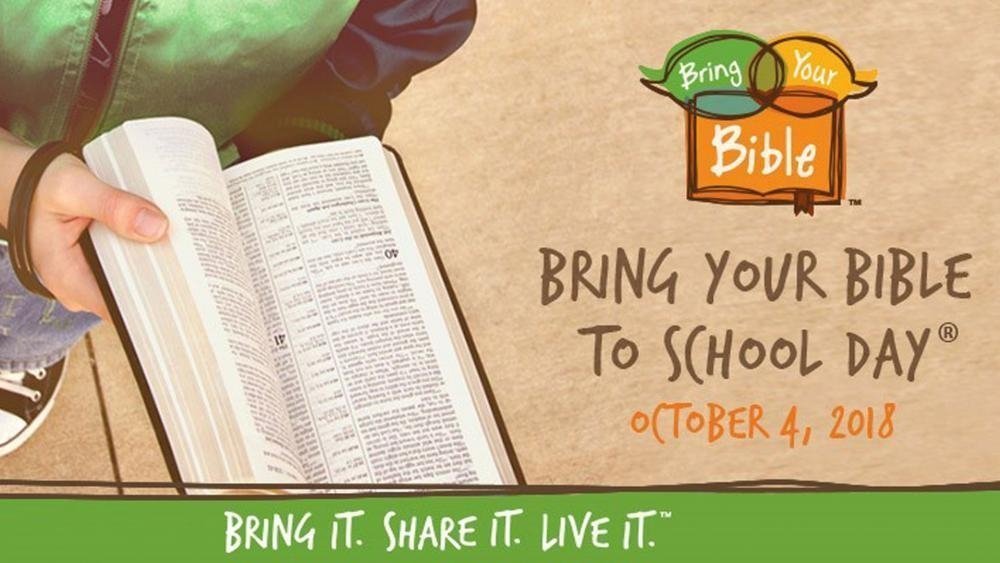 I thought you would like the opportunity to see two responses to the faux controversy over Drew Brees and his video urging participation in Focus on the Family’s “Bring Your Bible to School Day.” I hope theses pieces help you as you think through this current event.  The first reponse is from Jim Daly, President of Focus on the family:

Specifically, Brees was put on the defensive for doing the video because Bring Your Bible to School Day is associated with Focus on the Family. Critics were aghast that he would lend his name to the event, citing our ministry’s belief in biblical marriage and support of counseling for those with unwanted same-sex attraction.

In reporting on the episode, the Washington Postpejoratively labeled us as an “anti-LGBT religious group.”

Is there no longer any realm where I can disagree with someone on the definition of marriage and human sexuality and still be considered a decent person?

By both the Post’s and other critic’s standards, anybody who holds to the historical teachings of biblical sexuality is now labeled a bully and bigot, someone who holds others in personal contempt.

In fact, by this same measure, the Roman Catholic Church, which like many theologically conservative evangelicals who adhere to orthodox Christianity, is also an “anti-LGBT group.” And following this same zero-sum assessment logic, all Christians must also be “anti-Muslim” and all people of the Jewish faith are “anti-Christian.”

Such labels are decidedly unfair and a gross distortion of reality.

We believe we must treat everyone with love and respect. In 21st century post-Christian America, the best and only way forward is to not poke ideological opponents in the eye but to find ways to acknowledge and respect our differences.

Yes, we believe the teachings of the bible, that marriage is a sacred institution intended for the union of one man and one woman. As I have told critics, I am not the Bible’s editor. I accept it as written and have neither the authority nor gall to amend the sacred text. But that belief does not give us license to demean those who don’t accept the teachings of the Old and New Testaments.

But American pluralism also demands that those who disagree with me shouldn’t mock or malign my deeply held religious beliefs. Shaming me is mean-spirited and unproductive. If you expect me to accept and respect you, then I am deserving of your respect and acceptance. Tolerance is a two-way street.

Many have demeaned our organization because of our support of so-called “gay-conversion therapy.” Such soundbites woefully misrepresent the position of our organization.

To be clear, we do not advocate for any therapy that requires or promises change or sexual conversion. We especially denounce any practice that shames, degrades, coerces, abuses, or insults any individuals.

But because we hold that every human possesses inherent dignity and is of immeasurable worth, we do believe in and support the availability of professional counseling in matters of sexuality that is respectful, safe, ethical and responsive to the client’s values and desires. Anybody with unwanted same-sex attraction should be allowed to pursue their desired help. The availability of respectful, safe, ethical counseling in matters of sexuality honors those in search of assistance.

We recognize that our values aren’t everyone’s values and are not forcing our point of view on anyone. All we ask is that the tolerant left tolerate those of us on the right.

Drew Brees is the latest individual to be caught up in the middle of a growing intolerance toward those of us with a conservative Christian worldview. Whether it’s Second Lady Karen Pence being attacked for teaching art at a Christian school, the New York Times asking for stories about “#exposechristianschools,” public high school students in Pennsylvania battling a “Bible ban” on their campus, or Chick-fil-A being banned from airports due to their biblical beliefs, people of conservative Christian faith are being unfairly targeted.

This latest turn reminds us why it’s vital to empower the next generation with the understanding that they don’t have to hide their faith or compartmentalize it to the “private” sphere.

Now, here is the view of John Stonestreet of Breakpoint:

“Controversy erupts around Drew Brees,” proclaimed news outlets on Friday, the very same news outlets who erupted the controversy engulfing one of the NFL’s best quarterbacks.

Here’s the story: In a short video, Brees encouraged students to participate in Focus on the Family’s “Bring Your Bible to School” project. He never once mentioned anything about sexual orientation or gender identity since, well, that’s not what Bring Your Bible to School Day is all about. To my knowledge, Brees has never spoken publicly on LGBTQ issues. He really didn’t clarify his views even on Friday, when he was forced to respond to the “erupting controversy.”

Perhaps Brees hasn’t talked much about LGBTQ issues because, again, he’s a football player, and that’s not what football is about. Or perhaps he’s realized, as a public figure who is also a Christian, what would happen if his views were revealed as anything less than a full-throated endorsement of the new sexual orthodoxy.

Either way, Brees seemed honestly surprised by his presumed guilt simply because of a connection to this Focus on the Family project. That in and of itself is a lesson for all of us.

Friday’s Washington Post article on Drew Brees is a case in point. Widely assumed by many, especially by Allyson Chiu in the Washington Post piece, is that even associating with anyone who holds less-than-affirming views on LGBTQ issues is no longer acceptable, even if the association is completely unrelated to LGBTQ issues in any way. No argument was offered by Chiu or any other critic as to why this is now the case. It was almost as if no argument was necessary.

That’s more than a little frustrating, because as one blogger noted recently, any movement that spends years trying to shut down a Denver bakery and discredit a chicken sandwich restaurant is a movement that has, long ago, run out of real injustices to fight. This second-degree-of-separation guilt-by-association campaign against Brees indicates that the gatekeepers of the LGBTQ movement have moved on, and are now demanding that everything, and I mean everything—from football to business to education to politics to Stranger Things—has to be about this.

As Focus on the Family Jim Daly demonstrated so well in his response to this nonsense, Christians should resist the demand to frame every issue of life and culture around LGBTQ issues. There’s so much more to life than this.

It’s strange that Christians are constantly being asked why we spend so much time talking about sex. But we aren’t the ones turning reality upside down, making this the one issue that every other issue has to be about.

On the other hand, as Mr. Brees found out, we won’t always be able to sit this one out. If you are even perceived as being on the “wrong side of history,” it may not matter how nice you are.  That means that in this time and in this place, we’ll have to be ready to speak to those issues when appropriate or unavoidable.

Christians, what time is it? It’s post-sexual revolution, a time in human history in which nearly everything about life and our life together, from our understanding of right and wrong to our understanding of what it means to be human, has been reimagined along the lines of sexuality.

If you were Drew Brees, targeted because of a completely unrelated story about your opinion on homosexuality or gender, what would you say? Too many Christians are unprepared for the tough questions that, like it or not, are inevitable in this time and this place.