Recently I read the story of a pastor that went on a short-term mission trip to a third world country. One of his stops was at a field hospital where a medical missionary from the U.S. was serving. 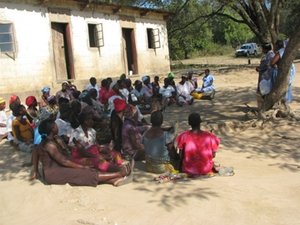 The doctor was about to perform surgery and invited the pastor to observe.
The operating room, such as it was, was poorly lit. The surgical instruments were antiquated. The procedure was major surgery. In the United States, the operation would have been wrapped up in approximately two hours. Under the conditions in this hospital, it took eight hours. The physician was exhausted at the completion of the operation.

“Whoever is kind to the poor lends to the Lord, and he will reward them for what they have done.” Proverbs 19:17