Honor To Whom Honor Is Due

I would like to share with you a post written by Diane’s brother, Dr. Perry Lyons. As Perry explains below, he had the opportunity to be his dad’s guardian on his recent Honor Flight, commemorating dad’s service in the Korean War. What a fitting tribute! I hope you appreciate Perry’s thoughts – and thank you, Russell Lyon, Jr., for your service.

I’m going off book this month to editorialize a little! I was privileged to be asked by my father to be his guardian on the October 25th Northeast Indiana Honor Flight. Very privileged! So here is what impacted me from a day with men and women who regard their “service” as just; “the right thing to do”.

As the word “Honor” was used repeatedly during the day, I remembered how my mentor, Bob Yawberg, taught me to honor by defining “dis-honor”. If you understand what to “dis-honor” someone means, it is easy to understand how to honor them. Bob taught me that anytime I fail to acknowledge the person or persons who made it possible for me achieve something; I would be dis-honoring them. Humbling!

So when you see me; you see all these people. And everything “we” accomplish, even the breath we take; it is due to the service of our Veterans.

My Father served our country in a Submarine “keeping track” of Russian ship movements to warn our soldiers during the Korean War. He carries a clip out of a submarine magazine that tells the real story. “Over 3500 sailors in over 70 submarines have been lost over the years. And what did it cost for the freedom in South Korea – 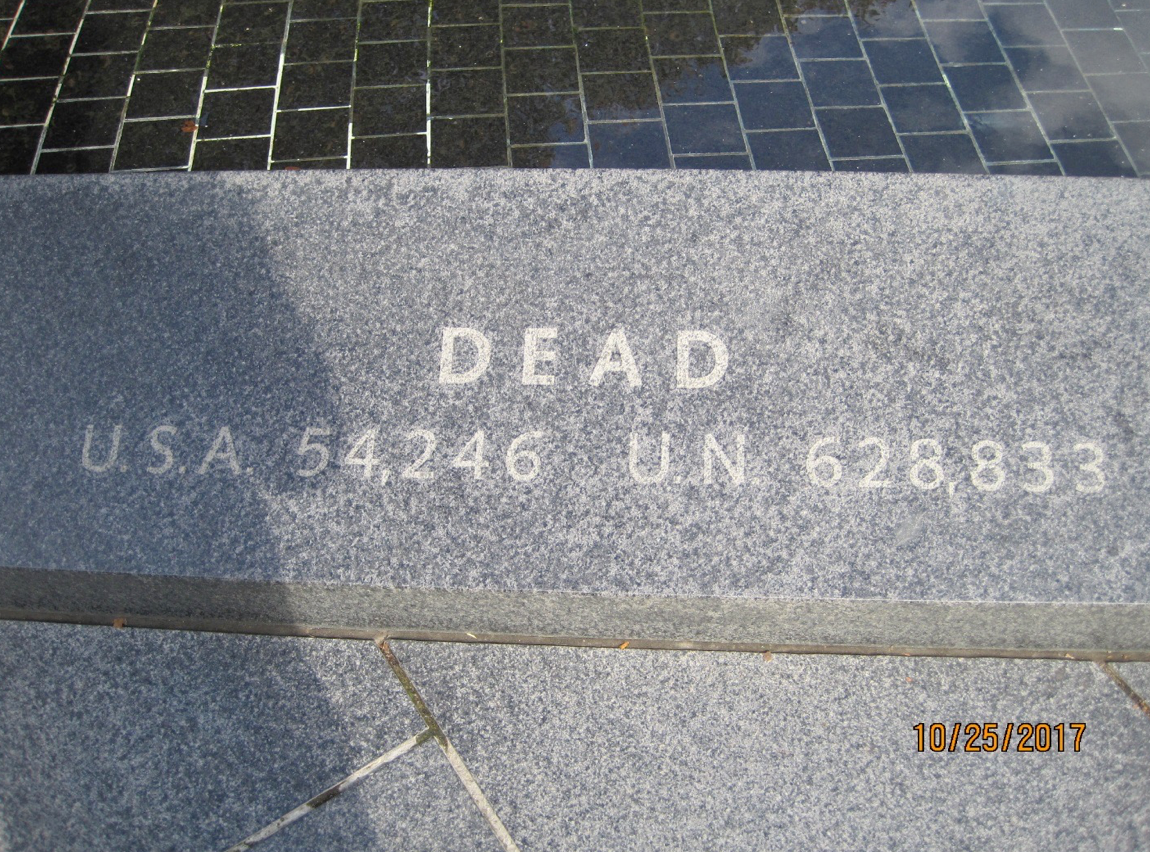 The greatest thing about this trip was that everywhere we went; people stopped what they were doing, and thanked the Veterans for their service. It started the minute we arrived at the gate of the base at 6:00 AM. The guards in uniform saluted and thanked my Father for his service. As the Veterans met, they thanked each other. There was of course the banter between the different forces like the Air Force Veteran who spoke to my Father and said: you know we have a saying about you submarine guys?” My Father smiled, shook his head yes; the Air Force Veteran continued: “What goes up, must come down.” And my Father finished the phrase with: “But what goes down, doesn’t have to come up!” Both hugged in mutual respect.

At the Korean Memorial: 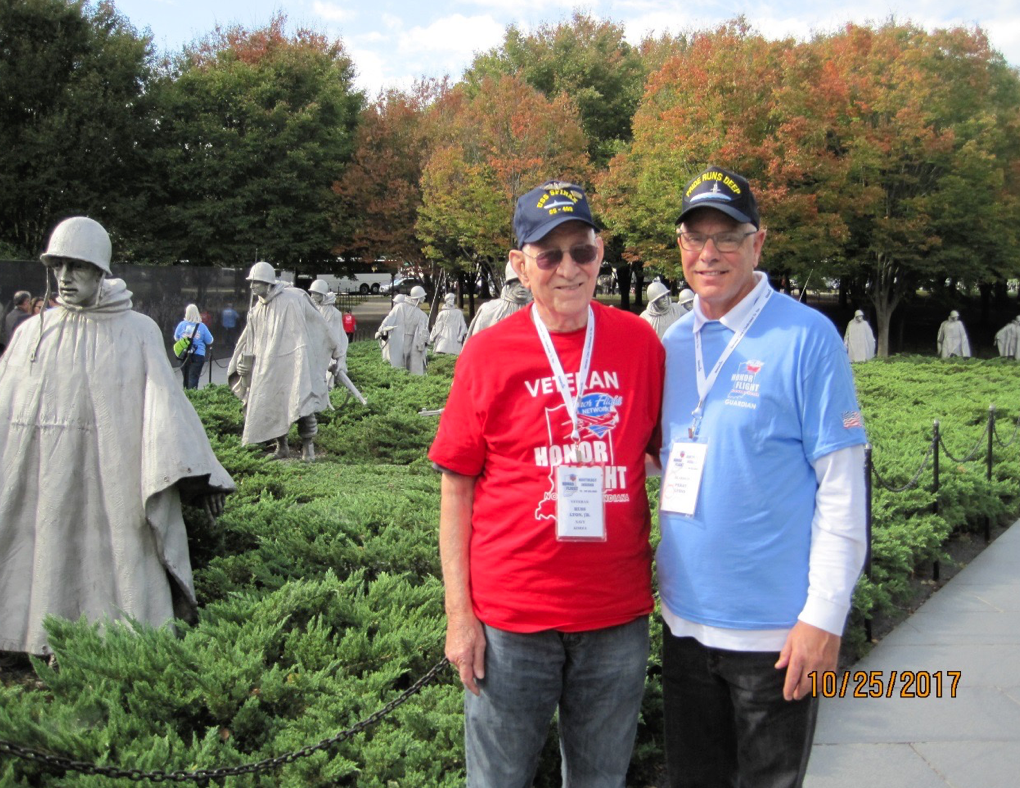 Dad getting his picture beside sailors and a submarine etched in the memorial wall. 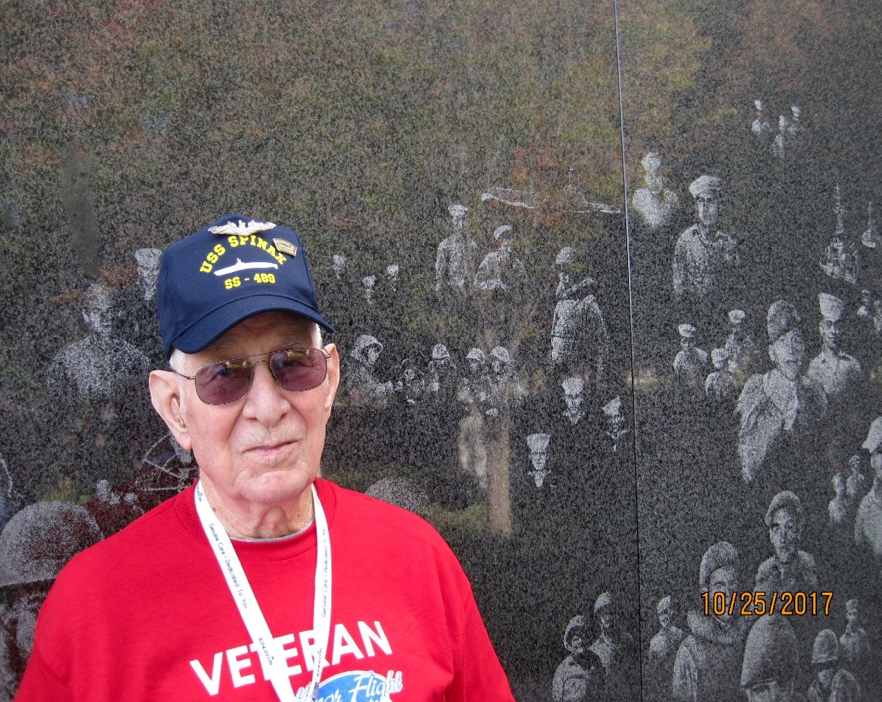 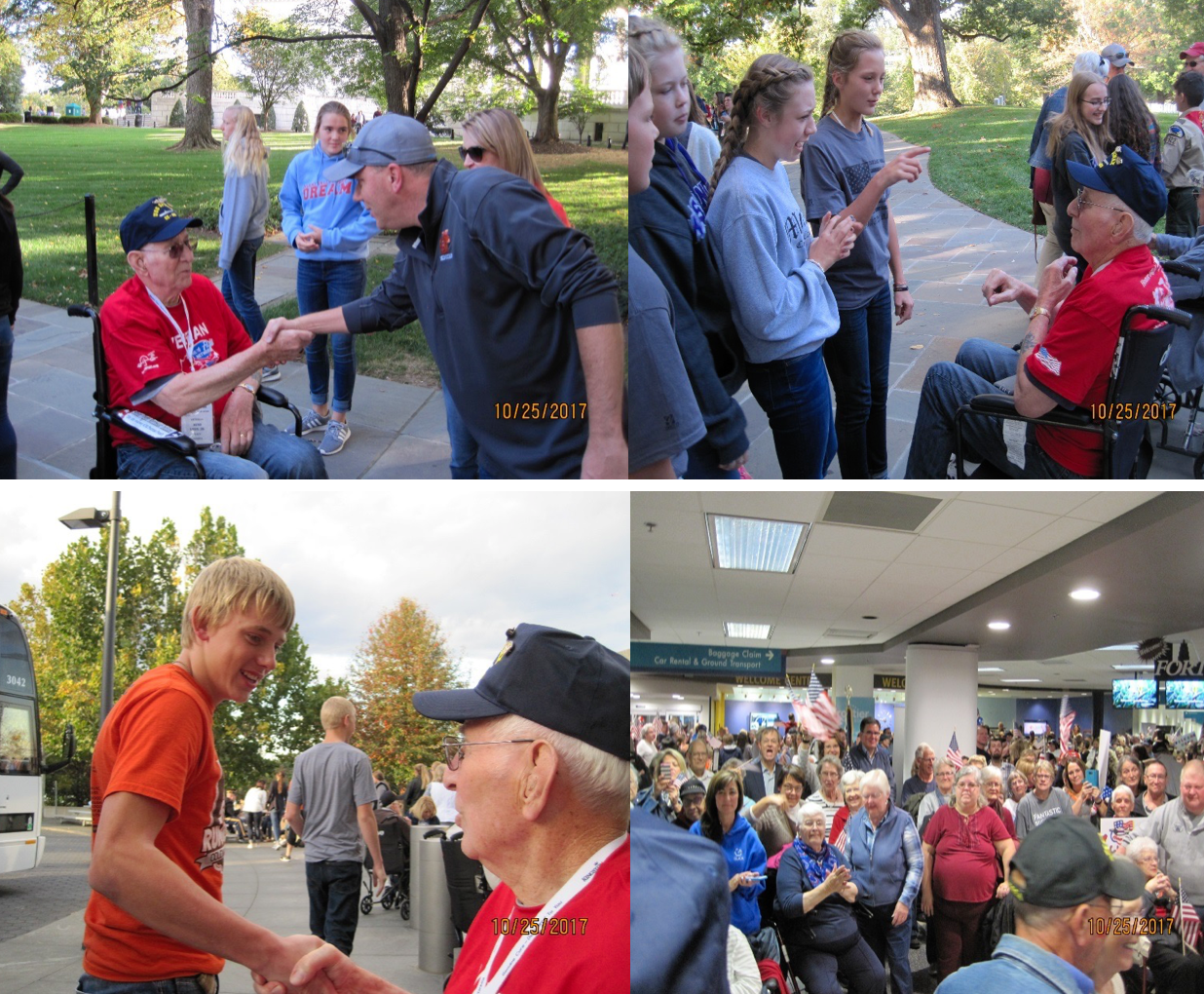 At the Tomb of the Unknown Soldier, we were told how the guards are sometimes disciplined “honored” during training by being made to; “run the tombstones”. They are given a list of names, paper, and a pencil; and they must run through the tombstones at night with a flashlight and rub the name of the fallen Veteran off the tombstone onto the paper, to prove they were there. It gave me a great idea for a bunch of NFL football players! Enough said!

My father, and all the Veterans present considered their service second to those who have “paid the ultimate price”.

If I tried to explain the humility of my Father, and the other Veterans; it would fall way short of any true memorial. We owe our freedom to live this free life to these real “people of valor”. Make sure you remember this on Veterans day: November 11, 2017.