Honor to Whom Honor is Due

Today we had the funeral service for a faithful member of Madison Christian Church, Gene Bussard. Gene served in the United States Air Force during the Korean War. As his service proceeded today, he was honored for his faithfulness to Christ and his family, his love for this country, and the service that he provided to the church and our community.

When we arrived at the cemetery, the United States Air Force Honor Guard met us. Following a brief committal service, the Honor Guard took over. As many times as I have seen the military provide full military honors to one of their own, it never gets old. The 21-gun salute, the playing of Taps, and the honor guard crisply folding the American Flag that had been draped on the casket is one of the most moving things you will ever see. Tears came to my eyes, and many others, as the leader of the Honor Guard knelt in front of Wanda Bussard, handed her the freshly folded flag and said, “On behalf of the President of the United States, the United States Air Force, and a grateful nation, we present you this flag in honor of your loved one’s service.” 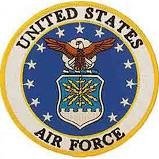 The Bible speaks of “honor to whom honor is due.” Gene earned his honor in Korea and by his faithful life. A beautiful tribute to a life well-lived.