Isaiah 40:8 says, “The grass withers and the flowers fall, but the word of our God endures forever.” When Isaiah penned those words, I doubt that he had in mind a recent event that took place in Little Rock, Arkansas. A monument of The Ten Commandments was erected on the grounds of the Arkansas statehouse. The monument was provided by private donations costing $26,000. Less than 24 hours after the six foot high, 6,000 pound monument was installed, 32-year-old Michael Tate Reed smashed his pick up truck into the monument leaving it in pieces on the sidewalk. 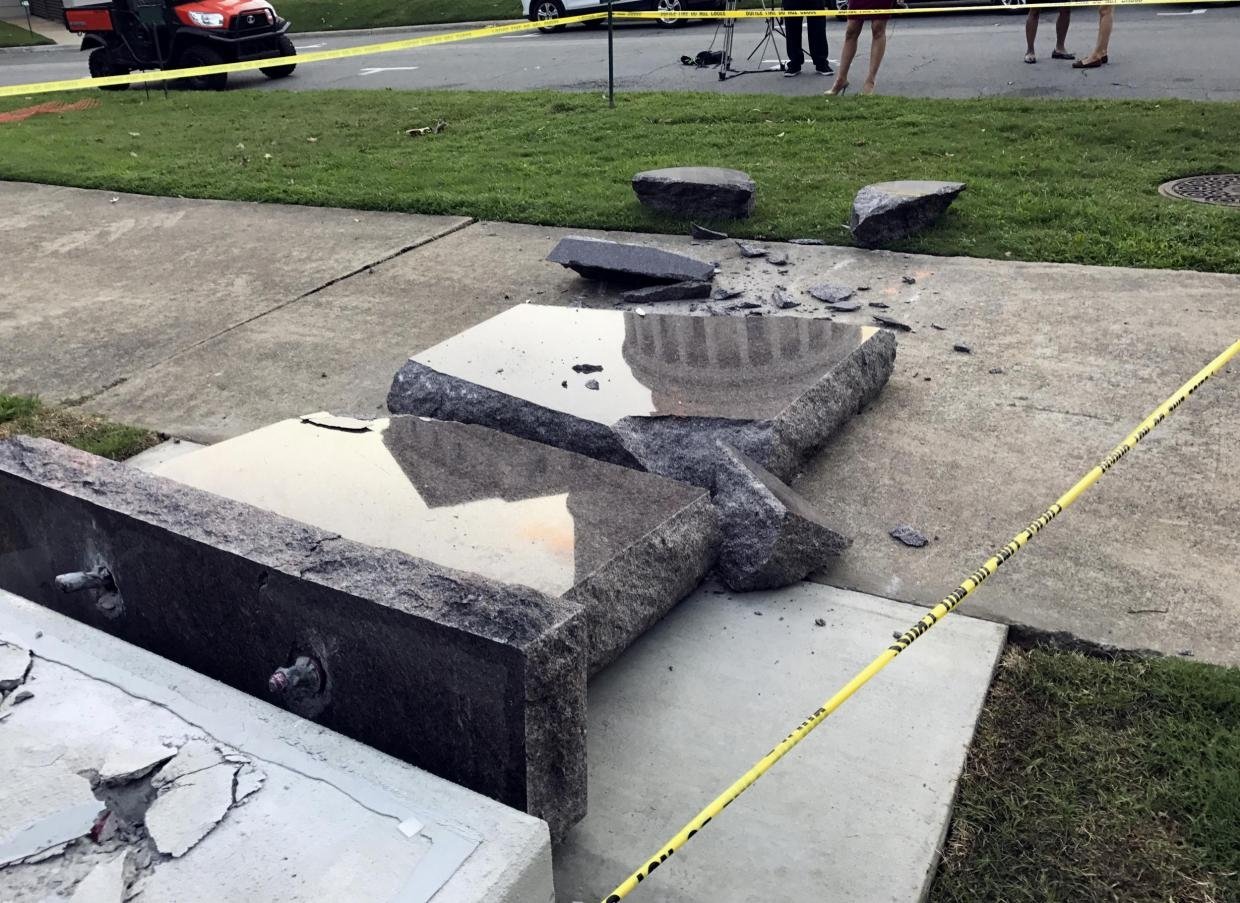 Give Mr. Reed credit for one thing: perseverance. According to the Tulsa World, he did the same thing to a monument of The Ten Commandments erected in Tulsa, Oklahoma on October 24, 2014. He is a serial offender, so proud of his actions that he streamed video of the crash to Facebook.

As Isaiah says, “the word of our God endures forever.” God’s Word will not be destroyed by disturbed individuals using their vehicle as a battering ram. I still remember with great clarity a speech I heard in the eighth grade. Stark County Common Pleas Court Judge Ira Turpin spoke at an assembly at Robert A. Taft Junior High on “Law Day.” Judge Turpin did a masterful job of explaining the historical and moral foundation of the law. He told an audience of rowdy 7-9th graders about the fact that American jurisprudence is rooted in The Ten Commandments given by God in the Bible. Michael Tate Reed’s angst can never alter that.

By the way, the story in the Arkansas Independent pointed out that Mr. Reed “may have jumped the gun in destroying the monument.” The American Civil Liberties Union planned on challenging the display in court, saying that a Ten Commandments statue is a violation of the Constitution’s guarantee of the separation of church and state.” Quite a predictable response from the ACLU.

The Word of our God endures forever.