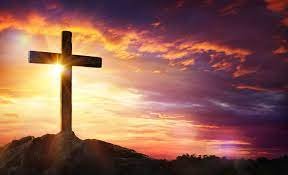 On Sunday I will bring a message entitled, “Forgive Yourself.” It is the final message in a short miniseries called, “Do You Want to Get Well?”  Our forgiveness of ourselves is based on the promise of the forgiveness of God in our lives. The first step in the process of forgiving ourselves is making a proper assessment of our own sinful condition so we can repent, confess, and receive the full, free, and absolute forgiveness of God. Then we will be able to consider the possibility of forgiving ourselves. It can be very difficult to have the necessary level of honesty.

The late Brennan Manning once told a story of a time when he spent 28 days in a treatment program for alcoholics. One day during a group therapy session, everyone was encouraged to disclose to the group the truth about the extent of their drinking. Here is how that experience unfolded:

“They sat in a circle, and each person took the opportunity to elaborate on their drinking history. Everyone except for a successful businessman named Max. He said, “I never really drank that much.” The group members told him, “You’re in an alcoholic treatment center. Be honest with yourself and admit you have a problem.” He said, “I am being honest. I’ve never had that much to drink.”

Later on, the group had to answer the question, “Have you ever hurt anybody while you were drunk?” Everyone shared their truth until they got to Max, who said, “I would never hurt anyone, sober or drunk.”

The group leader replied, “Max, we don’t believe you. What would your wife say if we were to ask her?” The group leader eventually did call Max’s wife on a speakerphone for everyone to hear. Max’s wife answered and the leader asked, “Has Max ever mistreated you or any of your kids when he was drunk?”

Max’s wife said, “Just this last Christmas Eve he took our 9-year-old daughter shopping. On the way home, Max passed a bar and noticed cars belonging to his friends, so he pulled in. That night, it was only 12 degrees with a high wind chill, but Max left the car running so the heater could stay on. He told our daughter he’d be right back out.”

Everyone looked shocked, as she continued. “Max went inside and started drinking with his buddies, and he didn’t come out until midnight. The car had run out of gas and shut off. The windows had frozen, so he was unable to open any of the doors. When the authorities came, they opened the door and rushed our daughter to the hospital. Her thumb and forefinger were frostbitten so severely she had to have them amputated. Her ears were so damaged by the cold that she’ll be deaf for the rest of her life.” The group turned to Max, who had fallen off his chair and was convulsing on the floor.

Max was convulsing on the floor because of the truth about himself. The truth was a reality he couldn’t handle, so he had been living in denial. He was living in a fantasy world because he couldn’t forgive himself.”

So, here is step one of the process.  Get a grip on the reality of your life.  Pinpoint the wrongs you have done in your life and ask God for his mercy.  Ask him to wash and cleanse you. Admit your absolute guilt, and the guilt that you feel.  Be totally truthful and honest with God. No excuses. Ask him to forgive you. Ask him to restore your joy and gladness. Ask him to blot out your sins and to create in you a pure heart. Ask him to show you how to avoid those behaviors that you have just dealt with in the future.

With that done, praise the Lord for his mercy and forgiveness. “Give thanks to the Lord for he is good; his love endures forever. Let the redeemed of the Lord say this – those he redeemed from the hand of the foe.”  (Psalm 107:1-2)