Encourage Yourself in the Lord 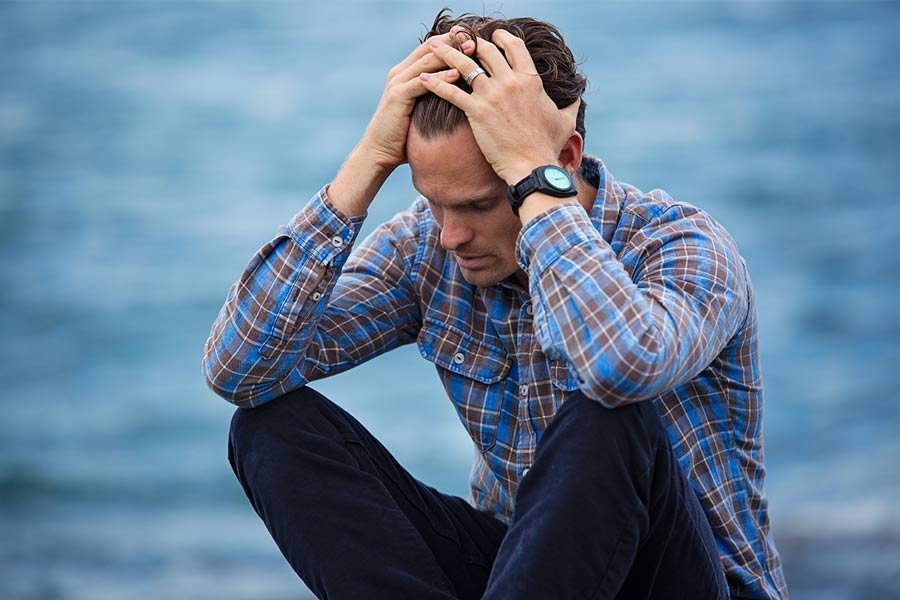 On a weekly basis, I read a column entitled, “Fire in My Bones,” by J. Lee Grady.  His insights are often well-timed and very helpful.  The column I am sharing with you this week is no exception.  We are all subject to getting down and discouraged, particularly in the face of difficult, demanding, or demoralizing situations.  I hope you find some helpful points in the commentary below:

Jesus’ name is listed in the Bible 1,281 times, more than any other individual. The next most mentioned person in the Bible is David, at 971 times, and we can learn so much by studying his life. David went through many struggles, failures and battles, yet he stayed faithful to God. He knew how to keep spiritually strong, even when his trials and tests were overwhelming.

David’s worst day is described in 1 Samuel 30, when the Amalekites raided his camp at Ziklag. These terrorists kidnapped all the women and children, torched the city and looted everything. To make matters worse, David’s own warriors blamed him for the disaster. They were so angry they talked about stoning him.

This type of pressure can trigger a nervous breakdown, an angry outburst or an abrupt resignation, but David didn’t quit—even when his loyal friends turned against him. First Samuel 30:6 says: “But David encouraged himself in the Lord his God” (MEV).

How did he do that? The Bible doesn’t give specifics. All we know is that after he found supernatural strength, the battle turned and David and his army chased down the marauders, slaughtered them and recovered everything that had been stolen. A really bad day turned into an astounding victory.

I know people who’ve been traumatized by the events of the past two years. Some of them quit ministry jobs; others have withdrawn from friends; many have plunged into protracted depression. Stress has the power to derail us. I can’t say I’ve faced anything as traumatic as an Amalekite raid, but I’ve learned a few secrets about how to find encouragement during hard times. Here are a few pointers:

1. Take a praise break. When Paul and Silas found themselves in chains in a Philippian jail, they sang hymns and praised God until an earthquake rocked the building and their shackles fell off. Praise has power. David knew this, and his ancient songs provide the playlist for our breakthroughs today. He wrote in Psalm 27:6: “And now my head will be lifted up above my enemies around me, and I will offer in His tent sacrifices with shouts of joy.” You must learn to sing when you don’t feel like it, because praise resets our souls and unlocks heaven’s answers.

2. Withdraw from the stress. When I was a young man, Bible teacher Ern Baxter taught me that a warrior’s bow must sometimes be unstrung in order to be effective in battle. If your bowstring is always taut, your arrows won’t hit the target. You can’t stay in the heat of battle day after day. You must learn to withdraw, rest and recharge. Unstring your bow, relax, take a walk or sit on your back porch and drink some iced tea. While you rest, remind yourself that God is fighting your battles, not you.

3. Recall moments of God’s goodness. It’s always a good idea to keep a journal listing previous answers to prayer. David wrote in Psalm 103:2 (NASB): “Bless the Lord, my soul, and do not forget any of His benefits.” You can’t remember all of God’s benefits unless you write them down! When you are tempted to doubt God’s faithfulness, savor all the moments He answered prayers in the past. The same God who helped you 15 years ago can repeat the same miracle. If He provided for you last year, He can do it again. He has not changed!

4. Wage war with your promises. Timothy must have had some bad days when he pastored the church in Ephesus. He was probably tempted to quit many times because of demonic resistance. That’s why Paul told him to “fight the good fight” using “the prophecies made concerning you” (1 Tim. 1:18). When I face discouragement, I often recall the prophetic promises God gave me in the past. These words are like anchors that hold me steady in rough seas; they also boost my faith so I can gain a second wind. Speak God’s promises out loud and you will feel yourself being lifted above any difficult challenge.

5. Remember what friends have told you. In David’s story, his close friend Jonathan encouraged him on more than one occasion. First Samuel 23:16 says: “Jonathan, Saul’s son, arose and went to David at Horesh, and encouraged him in God.” I suspect Jonathan’s comforting words lingered in David’s soul long after his friend spoke them. When David encouraged “himself” in 1 Samuel 30:6, he could have been meditating on what Jonathan said many months prior.

I’m grateful every time a friend sends me an encouraging text, or calls me with an uplifting message. In every case I save the words because I know I will need them later. A friend’s encouragement is not like manna that spoils after a day, or dew that evaporates in the morning sun. The words of a Jonathan are like engraved jewelry, and if you keep them locked in a treasure chest you can pull them out on your worst days.

Don’t faint. Don’t quit. Learn to encourage yourself in the Lord. If you practice these habits of David, you will find the strength to fight every battle.