Don’t Dabble with the Darkness

I am writing this blog on Tuesday, October 31, Halloween. As we approach this time, it is important that believers have a grasp of what Halloween is all about, and avoid even inadvertently coming close to something that is rooted in witchcraft, which we know is an abomination to God. Here is an informative and thought-provoking piece by author and preacher, Ben Godwin. His views mirror my approach in many ways. I hope you gain from it. 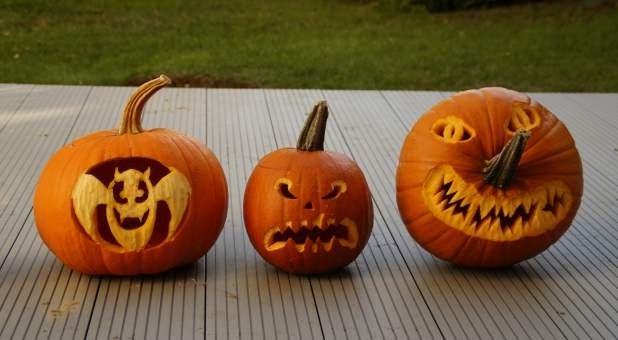 Darkness is used in Scripture as a metaphor for evil to represent all that is sinful and satanic.

In contrast, light is a biblical metaphor for good to represent truth and all that is of God.

The apostle Paul instructed, “Therefore do not be partakers with them. For you were formerly darkness, but now you are light in the Lord. Walk as children of light—for the fruit of the Spirit is in all goodness and righteousness and truth … And do not have fellowship with the unfruitful works of darkness; instead, expose them” (Eph. 5:7-9, 11).

It’s a tricky balance for Christians to be in the world without conforming to it.

It’s perfectly fine for a boat to be in the water, but if too much water gets in the boat, now that’s a problem. This brings up the question, “How should Christians treat Halloween?”

The origin of Halloween incorporated a mixture of Christian and pagan practices.

According to World Book Encyclopedia, “Halloween developed from an ancient pagan festival celebrated by Celtic people over 2,000 years ago in the area that is now the U.K., Ireland, and Northern France. The festival was called ‘Samhain’ (pronounced SOW ehn), which means ‘summer’s end’ and it marked the beginning of the dark winter season and was celebrated around Nov. 1. In the ninth century, the Catholic Church established a new holiday—All Saint’s Day, also called All Hallows. ‘Hallow’ means ‘saint’ or ‘one who is holy.’ The evening before All Hallows was known as All Hallow’s Eve, eventually shortened to Halloween.

“About 200 years later, the church added All Soul’s Day on Nov. 2, a day set aside to pray for friends and family who died. People made many of the old pagan customs part of this Christian holy day. Some put out food for their deceased ancestors, or left lanterns burning in the windows so that ghosts could find their way home for the night. In England, people went house to house ‘souling,’ asking for small breads called soul cakes in exchange for prayers or songs (thus the origin of trick or treating).”

While I personally don’t celebrate Halloween, I’m not a killjoy on a mission to rob people of fun. I do not equate dressing up in a cartoon or superhero costume and collecting candy with devil worship.

Many believers boycott Halloween because of its dark elements. The downside is Christian kids feel like they are missing out. Thankfully, many churches offer alternatives such as trunk-or-treat or fall festivals that provide wholesome fun and safe candy zones to keep kids off the streets.

Some of what happens on Halloween is harmless fun, but anyone with any spiritual discernment cannot deny that there is a sinister side.

“Abstain from all appearances of evil” (1 Thess. 5:22). Sin, like art, starts by drawing a line somewhere! It’s an odd contradiction for Christians to dress their kids up as creepy characters they try to teach them not emulate.

At this time of year there is a tsunami of horror movies flooding the airwaves featuring vampires, witches, zombies, monsters, cannibals and savage serial killers. Hollywood and viewers, it seems, have an obscene obsession with and an insatiable appetite for gory violence.

You can’t avoid being bombarded by the commercials even if you just watch news or sports. These shows glamorize evil and open the door to demonic influences. Some say it’s all just fantasy or harmless entertainment, but, if what people watch doesn’t affect behavior, then why do companies spend billions of dollars to advertise to them?

In Greek Mythology, Zeus gave Pandora a box and a key as a wedding gift with a note “Do Not Open.” Curiosity overcame her and she lifted the lid releasing all the forces of evil into the world.

The point is there are some doors you really don’t want to open.

Contrary to popular belief, books and movies, there is no such thing as a “good witch.” That is an oxymoron. How can someone controlled by evil forces be good?

Paul asked the Corinthians, “For what fellowship has righteousness with unrighteousness? What communion has light with darkness?” (2 Cor. 6:14, MEV).

There are only two sources of supernatural power—God and Satan. If something is not of God, where does it originate?

If you are involved in any of these practices, I urge you to repent of it, renounce it and ask God to remove it from your life. Don’t gamble with your soul. Satan uses these and other ploys to deceive the masses.

What we need to know about our future is either found in Scripture or can be revealed to us by the Holy Spirit (John 16:13).

Like bugs drawn to a light to their own demise, man has an inexplicable, magnetic attraction toward evil.

The air may seem clean in a house, but the air filter catches many unseen pollutants. There are many false beliefs and deceptions floating around, but the Bible is our filter. Its radiant light helps us discern and dispel the darkness.

“God is light, and in Him is no darkness at all” (1 John 1:5). Friends, it’s not worth the eternal risk of dabbling with the dark side.