Do You Need Help? 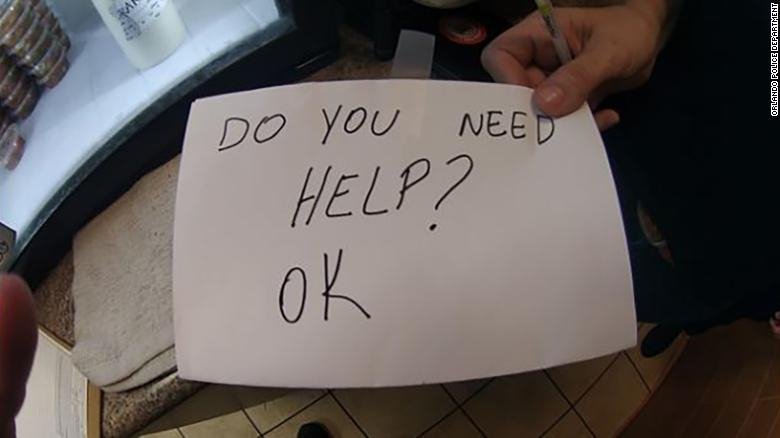 You may have heard the amazing story that was in the news on January 1.  Flavaine Carvalho was working as a server at the Mrs. Potato Restaurant in Orlando, Florida.  As she served a family, she noticed that everyone received food except a young boy at the table.  Upon closer examination, Carvalho noticed that the boy had bruises and scratches on his face and arms. “I could see he had a big scratch between his eyebrows,” Carvalho said. “A couple of minutes later, I saw a bruise on the side of his eye. So I felt there was something really wrong.”  This young man was the victim of abuse. She managed to write a note and flash it to the boy.  The note said, “Do you need help?” The boy nodded in the affirmative. She called authorities and got him the help he needed.  What a beautiful thing. What a meaningful rescue.

I would like to suggest that there are hurting people all around us.  Sometimes they verbalize their need for help – and sometimes we have to see it in their eyes and bring on the assistance.  Think about the times in which we live.  COVID moves forward, striking fear in many hearts. Cancer roars, other illnesses spread. Relationships fracture.  Homes are broken. Jobs are lost. Depression rears its head.  Economic uncertainty is an issue for many. People die.  There is so much brokenness.  We need to have our antennae up.  We need to be ready to ask the same question as the perceptive server in Orlando:  “Do you need help?”

There are times when you can marshal all kinds of resources to help hurting people. Often, situations are very complicated – and all that you can offer is your compassion, your presence and your prayers. (That is a lot!)  Sometimes no easy answers exist.  The good news is that YOU can come to the rescue.  God will use you and the Holy Spirit will empower you!