Our Bible reading has recently taken us through the life of Elijah. As I have read these pages, I have had the opportunity to reflect on Elijah and his relationship with his successor, Elisha.

I Kings 19:19-21
19 So Elijah went from there and found Elisha son of Shaphat. He was plowing with twelve yoke of oxen, and he himself was driving the twelfth pair. Elijah went up to him and threw his cloak around him. 20 Elisha then left his oxen and ran after Elijah. “Let me kiss my father and mother goodbye,” he said, “and then I will come with you.” “Go back,” Elijah replied. “What have I done to you?” 21 So Elisha left him and went back. He took his yoke of oxen and slaughtered them. He burned the plowing equipment to cook the meat and gave it to the people, and they ate. Then he set out to follow Elijah and became his servant. 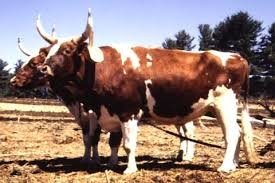 Elijah gets the privilege of tapping his successor. That opportunity is rare and anointing one’s successor should not really be a normal expectation of leadership. Elijah puts his cloak on Elisha, which was symbolic of the prophetic mantle, and Elisha knew what was being asked of him. “He set out to follow Elijah and became his attendant.”

Elijah had developed quite the reputation. He had declared a drought, “not even dew,” and there was none. He had called out King Ahab. He had faced off with the prophets of Baal, and fire had come down from heaven. When Elisha saw Elijah coming across the field and Elijah put his cloak on Elisha, that was the call. Elisha knew it – and he responded to the call. Notice something about the call: When are we most likely to receive God’s call? (Hint: Not lying on the couch bored out of our minds.) It is while we are working. Elisha was plowing. Gideon was threshing. Moses and David were both herding sheep. Amos was farming. Peter, James, and John were working as commercial fishermen, and Matthew was collecting taxes. The preponderance of Scripture is that God calls a person who is working. Elisha was not looking for a new job. In fact, I doubt that Elisha had any thought that before sundown he would slaughter his oxen and burn his plow. That was probably nowhere on his radar screen when the day began. God has an unmistakable way of issuing his call.

Elisha receives the call and at that point he has a choice to make. Farming is a wonderful life. Please know that I am not belittling farming at all when I say the choice was between farming and a greater calling. His choice was, keep plowing or answer the call and follow. He could stay where he was or walk away and embrace an unknown future, with only the promise of a great adventure. John Eldredge, in Wild at Heart, writes: “God has placed inside every man a desire to find an adventure to live.” It was Elisha’s adventure to live, and he chose the hard path instead of playing it safe.

So, Elisha made the decisive choice from which there was no turning back. We like to keep options open, leave a way out, and have a fall back position. Elisha pursued his calling wholeheartedly, he was 100% sold out, all in, nothing held back and nothing in reserve. In the process he gave up wealth, security, job, family, familiarity, and likely his dreams and plans. There is always a cost to pay for committing to the Lord’s work. There is a cost, but answering God’s call is never a sacrifice. Serving the Lord is the path to exceeding joy and ultimate fulfillment that outweighs any cost.

What do we learn from the call of Elisha? We cannot sit on the fence. Elisha had a few seconds to decide a life-altering commitment. Most of us have had much longer. When God calls, we have to make a decision one way or the other. Just like Elisha, for all of us there is a call to answer, a choice to make, and a cost to pay. Elisha never regretted his commitment and neither will you.