A Long Obedience in the Same Direction

Peterson was most famous for his paraphrase of the Bible, The Message. His most well-known book was titled, A Long Obedience in the Same Direction. One of his latest books was simply called, The Pastor. I cannot help but notice that Diane has highlighted sections on almost every page of her copy of that book, The Pastor. Eugene Peterson taught that ministry was a vocation, not a job.

The Message sold 20 million copies and his other books did well. Suffice it to say that Eugene Peterson made a lot of money, which he promptly gave away. It is said that he quietly and without fanfare paid the tuition for scores of his students to pursue master’s or doctoral degrees. The Petersons gave to local and global mission work. He and his wife had a conversation and the result was, “We determined that that’s why God gave us this money. That’s what it’s for.” 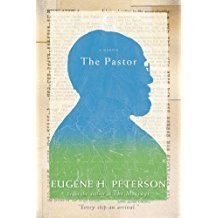 Although he slowed down some in his later years, Peterson resisted the idea of traditional retirement. He preached the last time in August. He died in his childhood home. He and his wife have one car. He lived a life of simplicity and quiet faithfulness, you might say he practiced what he preached – a long obedience in the same direction.