A Good Story from the NFL

The National Football League has brought forth its share of controversy recently. The failure of players to stand for The National Anthem and players being suspended for domestic violence have tarnished the reputation of the NFL. That’s what makes something that happened on Thursday, October 12, very interesting.

Marcus Johnson, a wide receiver for the Philadelphia Eagles, was baptized in the swimming pool of the team hotel in North Carolina before a game against the Carolina Panthers. Johnson tweeted out after his baptism: “Cleansed and reborn in JESUS’ name.” The picture below shows him surrounded by supportive teammates as he is baptized into Christ. 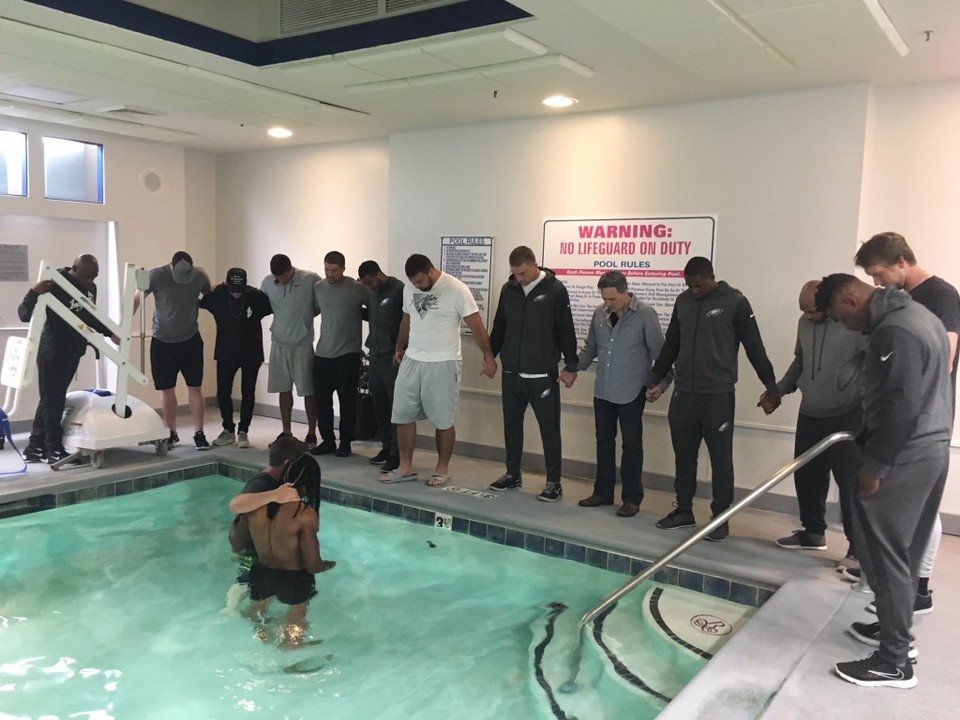 Alongside Johnson during his baptism was quarterback Carson Wentz, tight end Zach Ertz, offensive guard Stefen Wisniewski, tight end Trey Burton, linebacker Jordan Hicks and backup quarterback Nick Foles, among others. The Eagles have a reputation for being the most spiritual team in the league, most of this Christian activity is spearheaded by starting quarterback, Carson Wentz, who is outspoken about his Christian faith and love for Jesus. Five other Philadelphia Eagle teammates were baptized in the team’s physical therapy recovery pool last year.

Congratulations to Marcus Johnson on making the best decision he has ever made in his life. Thank you to the Philadelphia Eagles for advancing the Kingdom in such a beautiful manner.